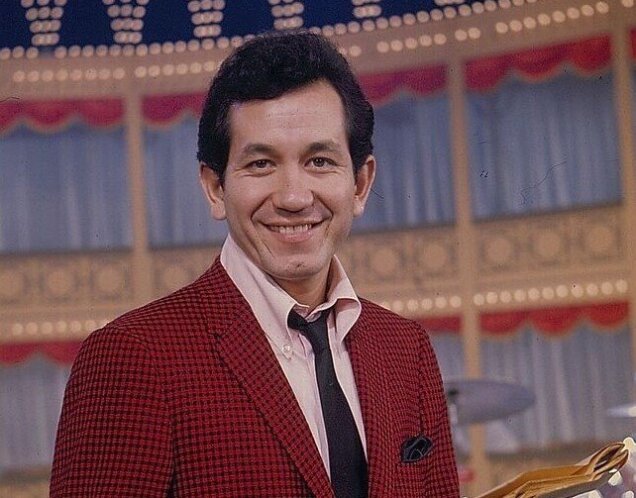 On August 11, the great Trini López left us as a victim of the damn Covid, for many, the greatest Latin artist who has given Rock and Pop of the 50’s and 60’s. An excellent singer and guitarist, Gibson dedicated a line of guitars to him. Trini López was always proud of his origins, so he never changed his name to an Anglo-Saxon one, like many of his colleagues, to make it more commercial. In the 60’s he made several albums in Spanish, with songs with Latin music standards, but we must remember that Trini is one of the original Rockers of the 50’s and that he never stopped recording Rock & Roll, 80% of his vast musical legacy is in English, although in many Spanish-speaking countries he is remembered for his successes in Spanish.

Trinidad López III was born in Dallas, Texas, on May 13, 1937. Trini belonged to a very humble family of Mexican origin, his father had made his first steps in show business as a dancer, actor and singer. Trini grew up on Ashland Street in the Little Mexico neighborhood of Dallas, with his 5 siblings. When Trini was in his last year of high school, he had to drop out of school to go to work to help his family. At the age of 15 he formed his first musical group, “The Big Beats”, his first performances were at The Vegas Club, between 1955-56, this place was owned by Jack Ruby, who in 1963 would end the life of Lee Harvey Oswald, JF’s killer Kennedy.

In 1957, on the recommendation of Buddy Holly’s father, Trini and his group “The Big Beats” went to see producer Norman Petty in Clovis, New Mexico. Petty got a deal for them with Columbia Records, which released the single “Clark’s Expedition” / “Big Boy”, two instrumental tracks. The single worked quite well, and the group got many performances, but Trini left the group, to begin his solo career, and made his first solo recording, “The Right To Rock”, a song composed by him. His first single with the theme “The Right To Rock” was released by the Dallas label Volk Records in 1958, shortly after, in 1959, he signed with King Records, a label with which he recorded a good handful of singles, 10 or 12 if I remember correctly, although none of them achieved the success that Trini hoped for. In late 1962, the contract with King Records came to the end, and Trini valued an offer from producer Snuff Garrett to join the late Buddy Holly’s Crickets on vocals. After a few weeks of auditions in Los Angeles, things did not quite come together and the idea was discarded. What a pitty! Such a union would have been a bomb. But not everything was going to be bad for Trini, that year he landed a contract at PJ’s nightclub, where his audience grew quickly. The club was frequented by Frank Sinatra, who had founded his own record label, Reprise Records, this label would be Trini López’s new musical home.

Its first full length was the album titled “Trini Lopez at PJ’s” and it was released in 1963 by Reprise Records. This live album featured the song “If I Had a Hammer”, which was the biggest hit of Trini’s entire career. The song was number 1 in 36 countries, and number 3 in the US, selling more than a million copies and receiving a gold record. This album was the starting gun of a series of records recorded in the 60’s by various artists, which imitates the sound and the type of repertoire, among the artists who followed this type of sound we can find Johnny Rivers, and his false direct in Whiskey A Go Go, Billy Lee Riley, Lee Dresser or Steve Alaimo, among others. This topic deserves a complete post, so another day we will talk about all these albums and their common sound This was the beginning of a long and successful career, in which Trini played all styles of American music, Rock & Roll, Pop, Country, R&B, Sol, Folk, Mexican and North American music standards, etc … Other great hits of his musical career have been “Green, Green”, “Lemon Tree”, his version of “La Bamba” or “The Bramble Bush” from the movie “The Dirty Dozen”, a total of 13 singles and 15 albums positioned in the top twenty of the US charts.

In 1964 Gibson designed two guitars for Trini, the guitars were in production between 1964 and 1971, today they are coveted collector’s items.

From the mid-60’s Trini was the artist with the most sought-after show in the nightclubs of the USA, his success led him to present in 1969 a variety show for the television network NBC, where he had The Ventures and Nancy Ames as guests. An LP titled “The Trini Lopez Show” appeared, which included themes that appeared on the television show, in these themes Trini interprets his hits with The Ventures as a backing band.

Since the mid-60’s and the whole of the 70’s, Trini combined his performances in nightclubs in the USA with great tours around the world, his discography includes titles such as “Live In South Africa” or “Live In Tokio”. Trini has been active until the end of his life; his latest recordings have been “Legacy: My Texas Roots” from 2004, In this recording we have the collaboration of “The Jordanaires”, and “Ramblin ‘Man” from 2008. Apparently, they have just finished a documentary about his musical career, hopefully we can whatch it shortly. D.E.P