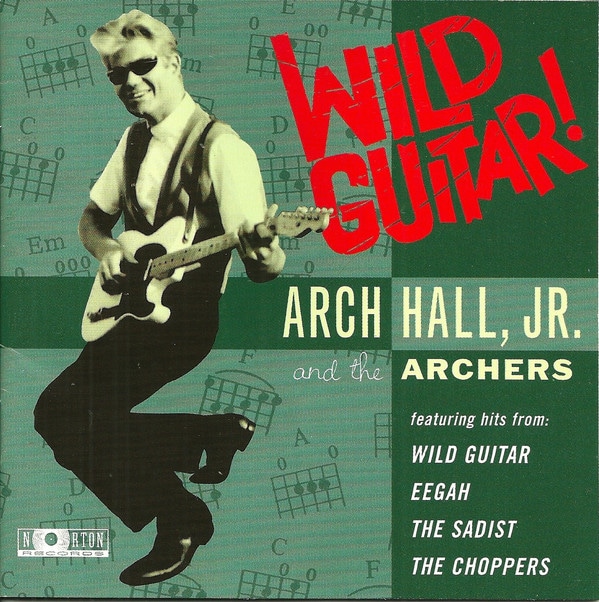 Between 1959 and 1965, Arch Hall Jr. appeared in six low-budget films: The Choppers, Eegah !, Wild Guitar, The Sadist, Spies-A-Go-Go, and Deadwood ’76. His musical production was limited to a single for the Signature label, with the songs “Konga Joe” and “Monkey in My Hatband” and two promotional singles of the films in which he appeared. By the way, the films were produced by his father. Some of these B movies are now works of worship. Even with so few records pressed, Arch Hall Jr. and his band The Archers, were a very popular group on the Los Angeles area club circuit, where they built a great reputation as a live band, they were regulars of such clubs. prestigious like Whiskey a Go Go or Pandora’s Box.
In 1965, after shooting his last film, Arch, he left the world of music to become a professional pilot, a job he has held until his retirement. Arch besides flying planes is also a writer. In 2005, the Norton Records label published a CD that compiled with all their songs from the 60’s that did not see the light in their day, the CD also contains cuts of dialogues from their movies, live songs and a booklet with very cool photos and succulent notes .

The connection between Ray Campi Ronnie Weiser and Nikki & the Corverttes

Max Crook “The Man From The Musitron”

ABOUT US
Retro Magazine
FOLLOW US
© Poison Ivy Lovers 2020