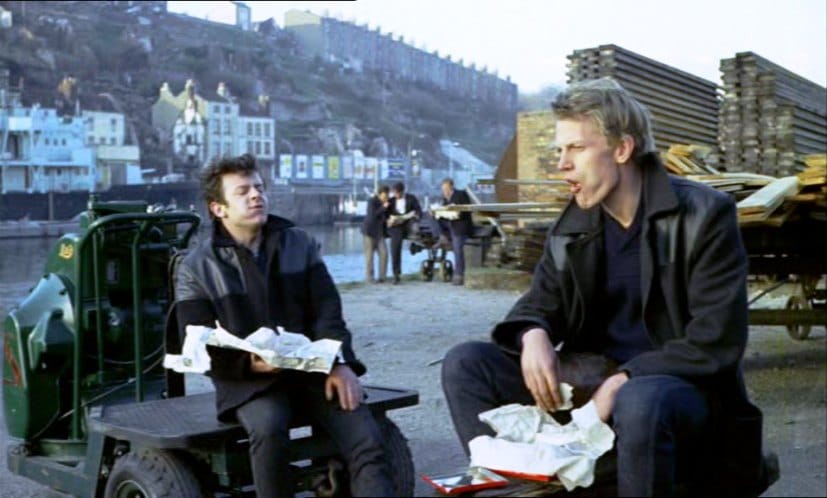 The jacket popularly known as “Donkey Jacket” is a typically English garment, its origin dates back to the end of the 19th century, and various stories are told about who its creator was. In 1888 the young tailor George Key opened his own business over his father John Key’s curtain store on Lower Brook Street in Rugeley Staffordshire, England. That same year, Key designed a new type of coat made of a sturdy material developed for those who were working on the construction of the Manchester Ship Canal. Some of the dock workers worked on trailing motors (a winch powered by a steam engine), which, in part, inspired the name of George Key’s new coat: “Donkey Jacket.”

The “Donkey Jacket” is derived from the “sack coat” worn by workers in the 19th century, let’s say it is an improved version of the garment. The “Donkey Jacket” was originally thick wool, and had two rather large patch pockets on the sides without flaps. Sometimes it had an inside pocket, it had no lining, on the shoulders and part of the back it had a rectangular piece as a patch or leather reinforcement. This piece of leather had the function of protecting the wool fabric from rubbing when carrying heavy loads. As the name implies, a donkey jacket or to do donkey work. The colours of these jackets were normally dark, black or navy blue, and were worn by port workers, sailors, miners and in any hard work outdoors, their use in the UK in the early 1950’s was widespread in the whole country. It is precisely at that time when some young people begin to use it as an article of clothing, in solidarity with the workers. Rockers, trade unionists and people related to the labour and left movements adopt it as their own. During the 60’s the “Donkey Jacket” began to evolve, it had different colours and they usually had the company initials on the back. In the late 1960s and early 1970s the “Donkey Jacket” was very popular with Skinheads as well, in addition to continuing to be worn by Teddy Boys and union leaders.

In recent years this garment has been the subject of hipsters and fashion designers, they have transformed it a little, they have added flaps to the pockets and various linings, they also make it in different fabrics to be able to use it in less cold times. What was traditionally a garment for workers has become a luxury item, totally distorting its meaning. One of these jackets can easily cost 500 pounds, thank goodness there are still some stores selling them at affordable prices, although of course, with PVC panels instead of leather and more percentage of polyester than wool.

Max Crook “The Man From The Musitron”

ABOUT US
Retro Magazine
FOLLOW US
© Poison Ivy Lovers 2020