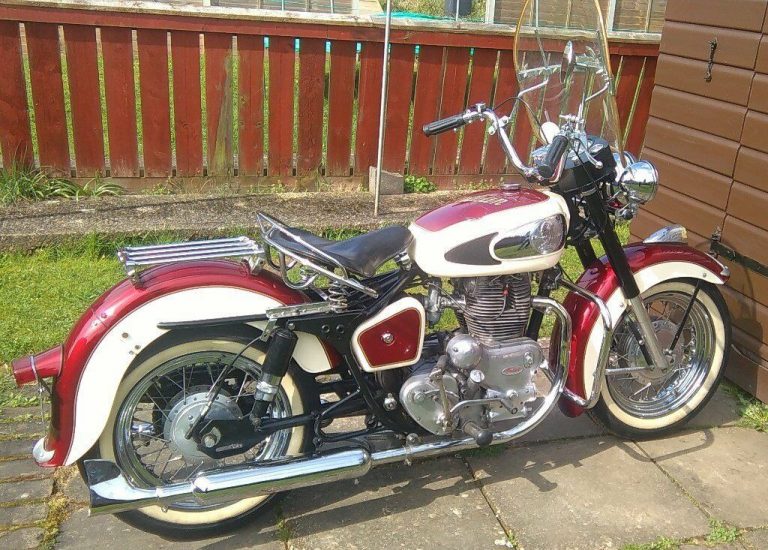 The world of motorcycles and everything that surrounds them, is full of anecdotes and curious stories, and this one of Indians that were actually Royal Enfields is one of them. In the years after the Second World War, the prestigious Brand of Indian motorcycles enjoyed a well-deserved success. In the field of competitions, the Indian Motorcycle Wrecking Crew, made up of the legendary riders Bobby Hill, Bill Tuman and Ernie Beckman, was formed in the late 1940’s and early 1950’s dominated both on the ground and on the slopes. Among his notable wins, there were three consecutive Springfield Mile. Hill won the Springfield Mile in 1951 and 1952 and Tuman won it in 1953. All three also won championships and major events from coast to coast. Paradoxically, even with all these victories, the successive failures in the creation and innovation of his models, along with the stiff competition from Harley Davidson in the United States and the motorcycles that came from England, which were much lighter and faster, and much more attractive to young people, caused the company to have serious financial problems. Ralph B. Rogers, was since 1945 the president of Indian Motorcycles, had no experience in the motorcycle sector, he was one of the company’s investors and had taken control of the business after E. Paul duPont illness. With Rogers, the Brand focused exclusively on building models with a European scheme, but designed in the USA. Scout production was reduced (although soldiers returning from the front demanded it) to launch models such as the Arrow 149 (213 cc) and Super Scout 249 (426 cc) from 1947, and the Warrior (500 cc) from 1950. Although the models were very attractive and at first it might seem like a good strategy to compete with the European market, the idea was a failure, since these models suffered from an obvious lack of development, so the new OHV engines were not at all reliable. Rogers then thought that it would be best to import British motorcycles, instead of trying to compete with them and in an attempt to save the company, he signed a contract with the British company Brockhouse Engineering to import brands such as Vincent, Norton, AJS, Matchless or Royal Enfield. This idea also failed when the British pound was devalued and it turned out that these British models were selling much cheaper than the Indian themselves. Between 1952 and 1954, Indian and a Matchless / AJS contract, and from 1955 to 1960 with Royal Enfield, from 1960 Associated Motor Cycles bought Indian and for three years they sold Matchless / AJS, cancelling the agreement with Enfield, except in the 700 cc Chieff model that was on sale until 1962. The Indian Enfield models were baptized with names that referred to the North American Indians, Fire Arrow (250 c.c.), Woodsman (500 c.c. scrambler), Tomahawk (500 c.c.), Apache, Chief and Trailblazer (700 c.c. twins), etc… These models, originally, wore the Indian Brand in the tank and some models the Indian’s head in the front fender, although in the advertising the brand of the engines they mounted was specified, they were Enfields disguised as Indians. Cycle magazine testers were very impressed with the power, brakes and smoothness of the 1955 Trailblazer model, which was based on the Royal Enfield Constellation. When he performed the 1/4-mile test in just over 15 seconds, they described his acceleration as “fierce”. The maximum speed was almost 110 mph, it was a record at the time. The Chief 700cc model also enjoyed great popularity, especially among the police department, who started using the Chief model, which adopted the name of Police Chief in its version with police equipment, screen, lights, siren, suitcases. The Trailblazer is also considered a very reliable motorcycle. It gives me the impression, for everything I have been able to know about these Indian-Enfields, that they are really good and reliable machines, with good benefits for their time. They were quite popular models in their day, today they have a good number of American fans who value them, the Enfield owners club in the USA says in its bulletin that some well-restored models have sold for up to 15,000 $, in the annual rally that this association assembles can see many of these models in perfect condition and operation. Many years ago, I was able to take a look at a 1959 Enfield Chief, and I was really impressed, I found it a beautiful, stylish and very elegant motorcycle, with a size a little larger than a Sportster, I really fell in love. 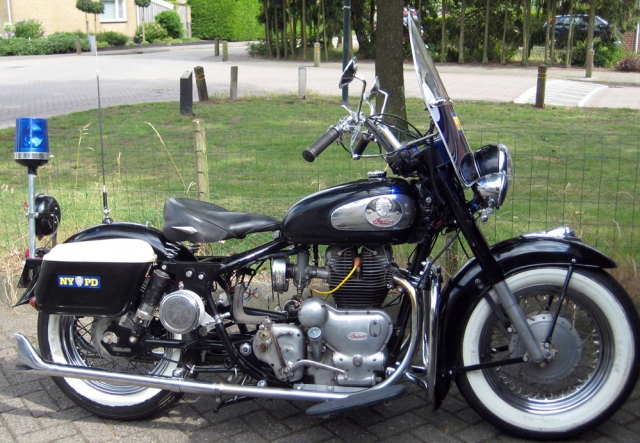 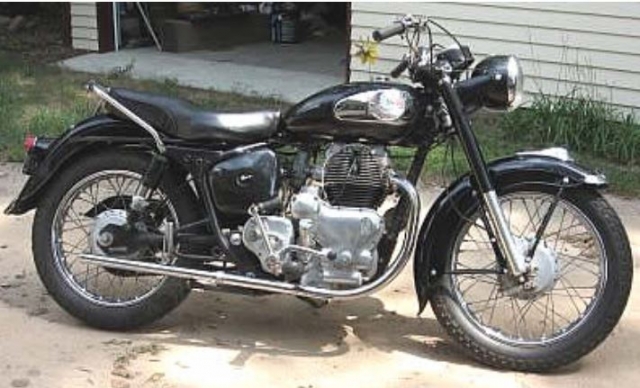 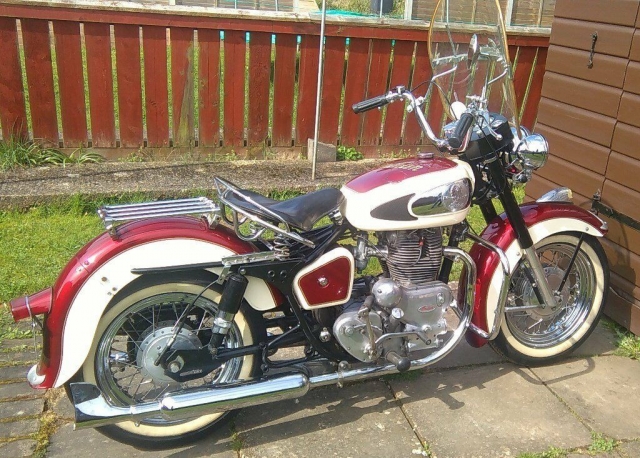 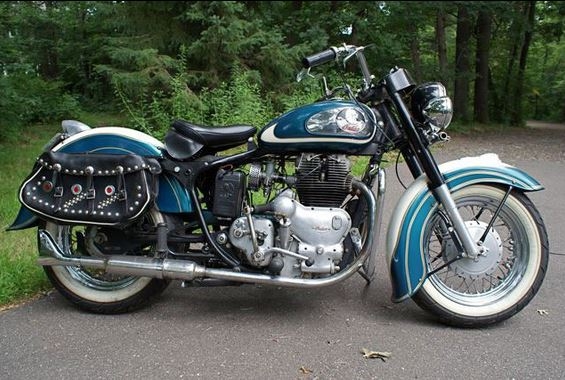 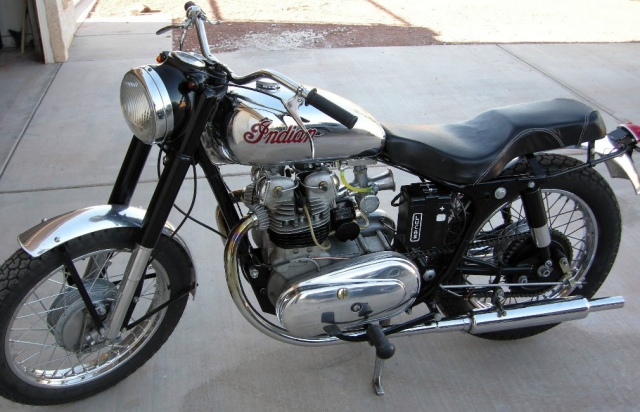 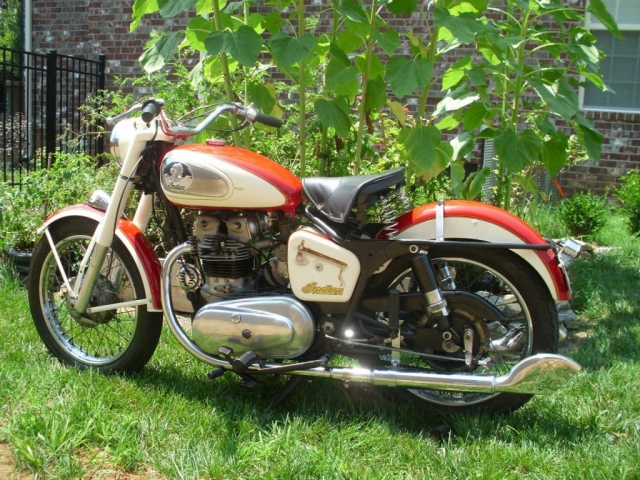 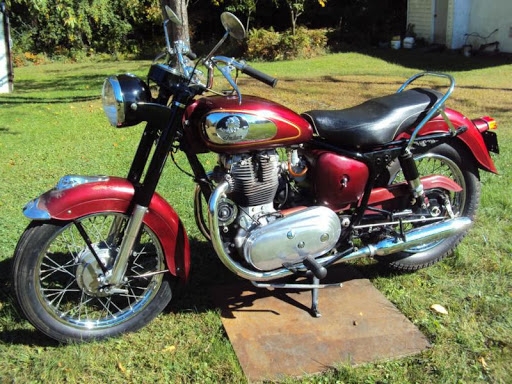 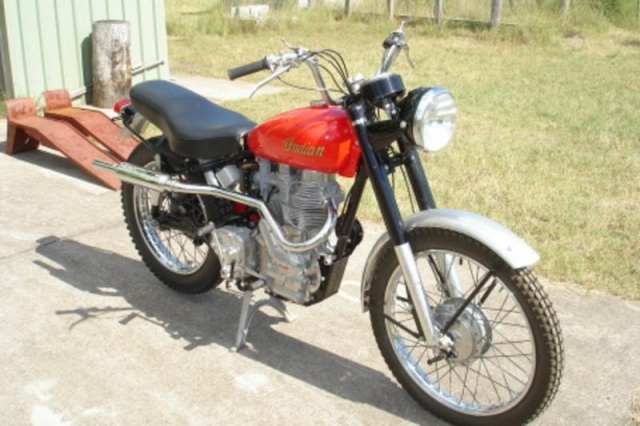 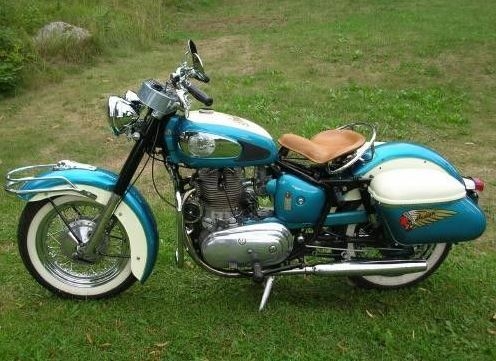 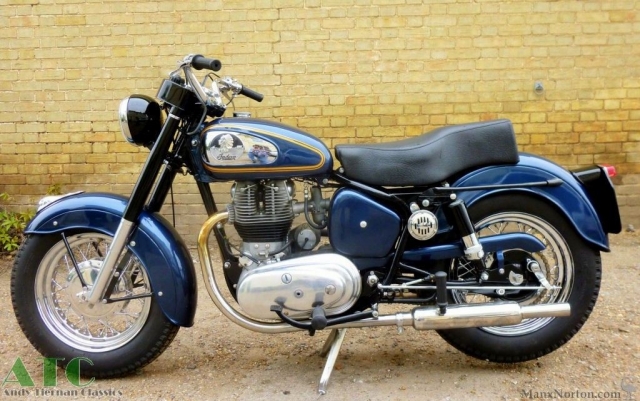 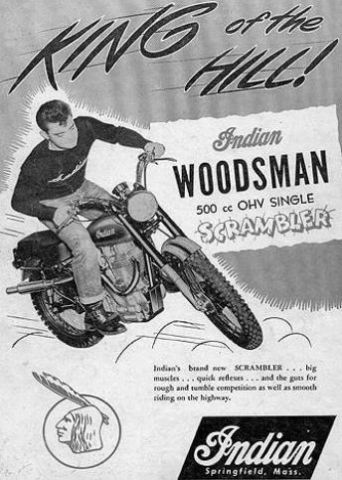 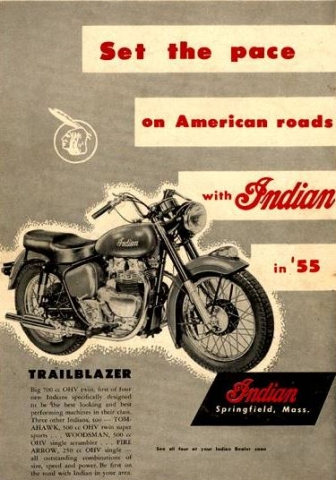 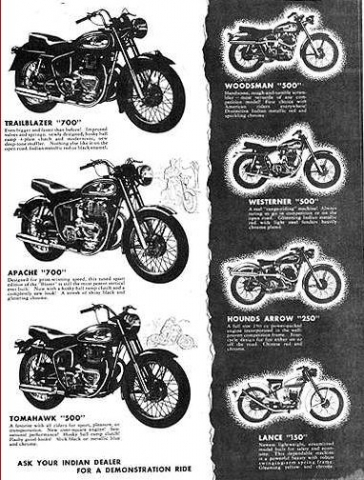 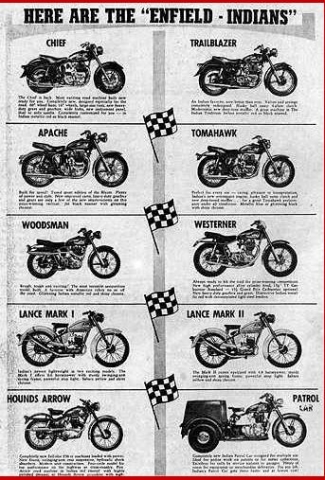 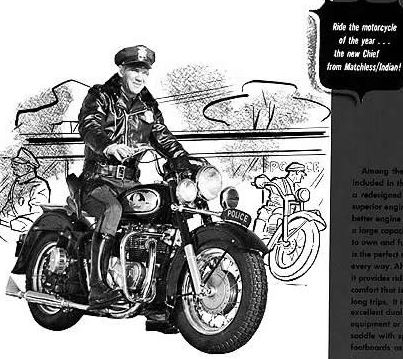 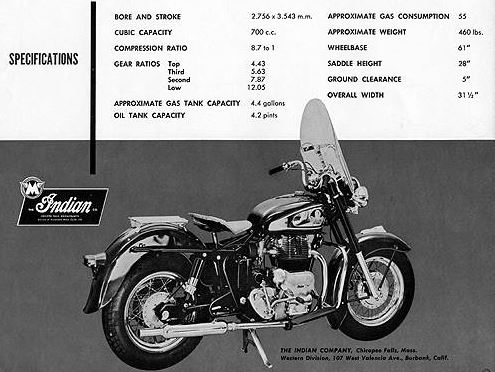 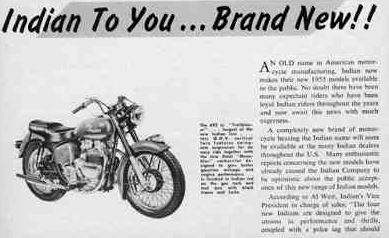